These are photographs of many of the amazing species Nere and her companions encounter in their new undersea world.

Do You Love Dolphins?

Check out dolphin sites and links to dolphin sounds.

I did A LOT of research on dolphins and these are some of the coolest sites I came across. Make sure you click on the links to dolphin sounds. It's amazing all the wonderful noises dolphins make while they are echolocating and communicating with each other!

And For All You Shark Fans...

Here are some links to cool shark sites:


Ocean Rise Is Real, and It's Happening Now All Over the World

Find out who gets wet first as the seas rise, or where NOT to buy beach front property!

Actually, folks, ocean rise is no laughing matter, and it's happening around the world. Use the link below to see what happens to places like Venice and Florida if the oceans rise 5 meters. Use the map to travel to countries like the Netherlands and Bangladesh and see why these countries are already spending serious money trying to figure out how to protect their populations from the rising sea.

Our Oceans in Peril

How YOU can help the Earth and our Seas

How Much Do You Know About the Sea?

Take this trivia test and find out! (Click the question to uncover the answer.)

1. How much of the earth's surface is covered by oceans?

The seas cover approximately 70.1 percent of the earth's surface, which means there's A LOT more of our planet is covered by ocean than by land.

2. Which mammal has the largest brain relative to the size of its body after us?

Dolphins have the highest ratio of brain to body size after us, which means there's a good reason why they're so smart!

3. What species of sea creature kills more people than any other?
(hint—the answer is not sharks!)

The box jellyfish or sea wasp is the deadliest creature in the seas, responsible for killing more people each year than all shark species combined.

4. What is the fastest shark in the sea?

The shortfin mako is the fastest shark. It's been clocked at sustained speeds of 31 mph and short bursts of 46 mph. They can also leap 30 feet out of the water!

5. What sea plant is one of the fastest growing plants on earth?

The giant Pacific kelp can grow up to eighteen inches a day!

Marine phytoplankton (microscopic plant-like organisms that float in the upper layers of the ocean) and land plants absorb approximately the same amount of carbon dioxide. Marine plants in general produce 70-80 percent of the oxygen in our atmosphere. So to keep our earth cool and healthy, saving the phytoplankton is just as important as saving our trees!

7. What sea creature eats sea sludge all day and can vomit up its own intestines as a defense mechanism?

Sea cucumbers eat sea sludge and can vomit up some of their own organs to frighten away or distract predators.

8. What percent of the oceans have been explored by people so far?

Only 5% of the oceans have been explored, which means there are still thousands of new places and species down there for YOU to discover someday!

These images are by Dave Seeley, the talented artist who created the cover for The Neptune Project. You can actually go to his website and purchase your own copies... I liked them so much that I ordered a t-shirt and a mug, too! Click the images to visit Dave's site and see larger versions: 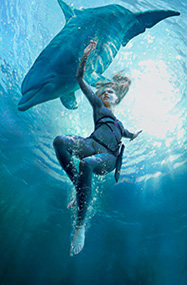 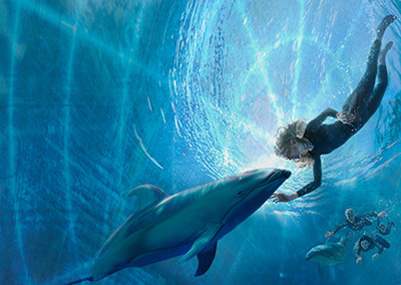